A solo entry for the 2020 DSOP Hexcode Showdown game jam, using the eight-color Funky Future 8 palette. The voxel engine is all-new for this project, and took most of the development time. The game was built entirely from scratch - no asset packs were used.

The characters and animations feel great with the 3D world. The background, while having a lot of noise, did not distract too much from the characters. That said it made it near impossible to tell where the lightning bolts were headed on the later levels (levels with the jelly fish and eel at the least). The background also makes it hard to read the names of each combatant while in combat. If there were a full screen option this might be remedied.

The enemies starting at level 5 were difficult with seemingly a very minuscule window to switch between two lanes without getting hurt.

Besides those issues, the combat was fun. 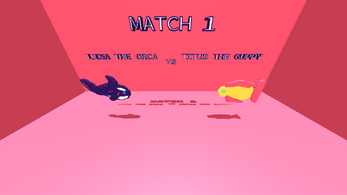 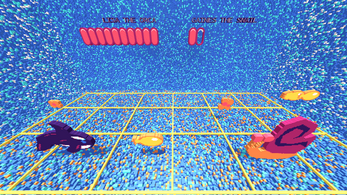 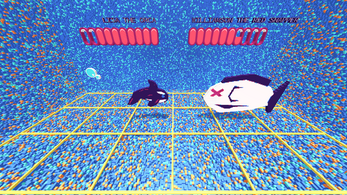 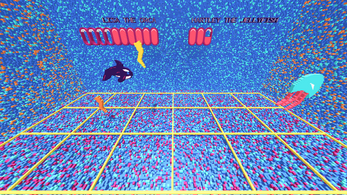 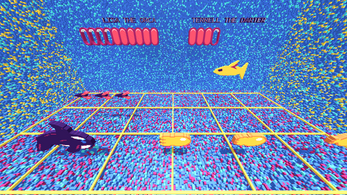